The Pope Leo XIII Institute just outside of Chicago is a private, non profit organization that was founded in 2012 to educate priests in the rite of exorcism. The Institute is completely independent and not a part of the Catholic church or any other organization, although it was founded in response to Pope John Paul’s recommendation that every diocese appoint an exorcist. The organization utilizes a multidisciplinary team of theologians, psychologists, psychiatrists, physicians, exorcists, and other professional clinicians to develop its curriculum.

Although the institute offers a two year course in exorcism, the upcoming conference has all the clergy talking. From August 4 to August 9, the Pope Leo XIII Institute will host its summer conference, geared towards bringing a large group of clergy and laypeople together to instruct them in the intricacies of exorcisms. The conference will be centered around Fr. Cliff Ermatinger’s book, The Devil’s Role in the Spiritual Life: St. John of the Cross’ Teaching on Satan’s Involvement at Every Stage of Spiritual Growth. According to the announcement for the conference, some of the things that can be learned are whether or not the devil can read your mind and tell the future, how to distinguish between divine and devil inspired visions, and the most effective weapons in combating the devil.

Apparently, our world is becoming a scarier place, as the need for exorcisms is growing. The Pope Leo XIII Institute is doing its best to to meet that need, but it is quite overwhelming. The Archdiocese of Indianapolis reported that he had received 17,000 requests for exorcism from January to October of 2018, which is the most he has ever received in one year. Gallup polls conducted in recent years suggest that about half of Americans believe demonic possession is real.  The percentage of those Americans who believe in the devil is even higher. The number rose from 55 percent in 1990 to 70 percent in 2007. Many priests believe that a revived interest in magic and witchcraft is to blame for the increase in demonic possession.

So what exactly happens during an exorcism? Are the movies and television shows at all accurate? According to The Atlantic.com, in an article describing the exorcism rite, The ritual is begun with the sprinkling of holy water on the possessed party, after which the exorcist makes the sign of the cross while kneeling to recite the Litany of the Saints. After this, he reads several scriptures. Ground rules are then established with the demonic entities that they are to reveal themselves when called, state their names when asked, and leave the host body when told to do so. When the rite is at its peak, the exorcist speaks to the devil directly, saying, “I cast you out, unclean spirit, along with every Satanic power of the enemy, every specter from hell, and all your fell companions.” After this, another prayer is said and continuing plans for the next exorcism is announced.

Although the need for exorcisms may be increasing, there is also a need for caution. In a recent UK study, over 1,500 cases of child abuse were directly attributed to assumptions of demonic possession and witchcraft. There is also the possibility of those with medical conditions being misdiagnosed as needing exorcisms. One need only to recall the witch hunts of Salem Massachusetts to understand the possible dangers of pointing fingers at others for being possessed by the devil. As a society, we must exercise caution when evaluating how to handle those who display signs of possible possession, as it is often very difficult to tell what is mental illness and what is true possession. The good news is that the programs offered by Pope Leo XIII Institute encourage collaboration with medical specialists and psychiatrists. Fortunately, those requesting exorcisms must go through a process called discernment, which is a process of psychiatric evaluations with a mental health professional. Either way, extreme caution should always be used when dealing with such drastic measures.

Do you believe in demons and exorcisms? We would love to know. Tell us what you think in the comments section. 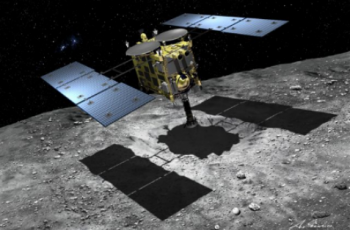 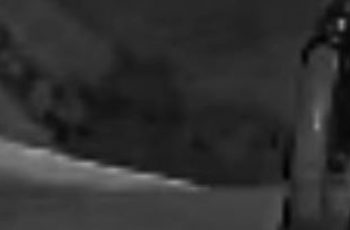