Like most UFO incidents denied by the U.S. Government, the 1947 Roswell crash refuses to go away quietly. Each time a government spokesperson invents a new explanation to contradict the theory that an alien spacecraft crashed near Roswell, one or more new witnesses come forward to support the original Air Force statement. That statement called the object a flying disc and left us with the impression that the occupants weren’t quite human.

Milton Sprouse, age eighty-five, lives in Escondido, California. In 1947, he was an engine mechanic and part of the 393rd Bomb Group connected to the 509th Composite Group at Roswell. Milton arrived in Roswell during 1945 after serving on the Pacific Island of Tinian towards the end of World War Two. When the aircraft he was servicing was moved to Roswell, he was sent there as well.

As the lead mechanic for Dave’s Dream, he didn’t find the area especially exciting. “There was nothing there but tumbleweeds blowing for miles,” Sprouse said in a recent interview. All that changed in July of 1947. After returning from a brief trip to Florida aboard Dave’s Dream, Milton found himself thrust into a hurricane of activity. Back at the base on the day when the original flying disc statement was released, he remembered how hundreds of men from the base were sent out to the crash site to pick up all the debris they could find.

Milton was needed at the base because of his position as lead mechanic. However, five other members of his crew went to the crash site. After returning, they told Sprouse that what they saw looked “Out of this world.”  They were describing the material which looked like aluminum foil, but refused to crumple and seemed almost indestructible. The same description was used by Major Jesse Marcel, the officer originally sent to investigate the crash scene. Although Sprouse knew Marcel, he wasn’t able to speak to him after the crash. Milton recalls,”I could never get close to him.”

Most of the men knew about the radar reflecting balloons and saw the material that the Air Force tried to pass off as what crashed in early July of 1947. It wasn’t the same. The radar balloons came down everywhere in those days and most everyone that lived in Roswell saw some at one time or another. What they saw at the crash site was something else, and the buzz around base wasn’t just about strange metallic material.

Milton said that he heard talk about odd bodies found out at the crash scene. One of the men from his barracks was an emergency room medic. He told Sprouse and others that”humanoid” bodies were brought in after the crash. The medic’s story gave him the impression that one or more of the creatures might have been alive because he said,”We don’t think the humanoid ate food.”  Milton also remembers how everything changed the day after the original “flying disc” statement was made.

Milton recalls,”The next day, it was published in the Roswell Daily Record, and that night, all the generals said the story was untrue.” He continued on to say that officers from the base were sent into town to collect all the copies of the press release and newspaper with the original “flying disc” story in it that they could find. The medic was transferred elsewhere along with the doctors and nurses that saw the odd-looking creatures. What became of the humanoids? “They took the bodies to a hangar, and there were two guards at each door with machine guns,” Milton said. Sprouse was referring to Hangar 84.

Milton Spouse left the base in 1956 and says that the people serving there were still talking about the crash at the time. That was years after the rest of the world already accepted the first of several official explanations which indicated the object was a weather balloon with radar reflecting material attached. When he returns to Roswell for the annual 509th Reunions, Spouse says “The Roswell incident comes up every year, but there’s nothing really new.”

He may not be an eyewitness to the 1947 crash, but Milton Sprouse is like so many others that were on the base or in Roswell at that time. They simply do not believe the official explanations. That’s because people they worked with, knew and trusted with their lives told them the truth about what happened based on their own first-hand experiences. Even when skeptics spin that information to say that crash test dummies, children or bloated bodies were responsible for the humanoid body stories, the explanations just don’t seem to fit. As Spouse says, “You can believe what you want, I know it’s true.” 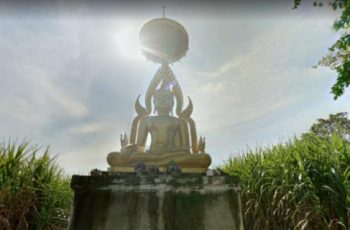 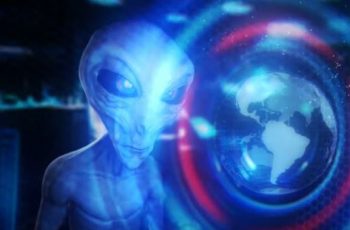 Many scientists are beginning to believe that it is possible …