Some folks, skeptics and scoffers, are not going to believe in the existence of Aliens from other worlds manning UFO’s unless they land in their backyards and ask for directions or to call a tow. And, even then, I do not know whether that would convince a scoffing skeptic.

I address this issue in my new book, I Was Abducted by Aliens But They Threw Me Back, in which I make the point that if you know you’ve been repeatedly abducted, for God’s sake, Velcro that digital camera to your wrist when you go to bed at night. Don’t leave the camera behind when you are planning on tooling down one of those deserted, “two-lane, come and abduct me because I am asking for it” highways where you will just be begging to get swooped up by a bunch of little Grey men (Why do repeat Abductees always drive down deserted highways at two in the morning?). Evidence is what is needed, even in the form of photographs. We can’t just depend on eyewitness accounts for proof.

I do not particularly poo-poo eyewitness accounts. It seems to work well in a court of law to send a convicted person to prison or the gallows. But, this doesn’t seem to fly with scientists because, well, you know how scientists can be. It’s their way or it’s the highway. What can’t be crammed into the scientific method is nothing more than figments of us mere mortals’ overworked and overcharged imaginations. The truth is that eyewitnesses can get it wrong, and often do. However, I do not see the court system throwing out using people’s testimonies anytime soon. When it comes to proving Bigfoot or the possibility that humans are being taken to where no man has agreed to go before by bug-eyed aliens, science wants DNA and nothing short of this will do. Well, move over Carl Sagan (or turn over in your grave), there is DNA evidence from a purported alien encounter.

Peter Khoury, a Lebanese expatriate to Australia, had a humdinger of an encounter of the third kind that neither his wife nor he will soon forget. Born in Lebanon in 1964, he moved to The Land Down Under in 1973 where he eventually met his future wife, Vivian. Married in 1990, he and his wife live in Sydney and have two children. He owns a local business.

They had their first UFO encounter in February 1988, which was nothing more (or was it?) than just a simple sighting of lights in the night sky. I am always amused when I hear about these sighting since most of us have seen them. The things that really ring my bell are the daytime sightings with not-so-shy aliens who wave at you from their spaceships hovering just 100 feet off the ground. Now, that’s a sighting. Lights in a dark night sky, while interesting, are usually just that; lights in the night sky.

Khoury’s experience of seeing lights in the night sky would not end with that event. In the summer of 1988, Peter had a waking or conscious experience. While resting in bed, and while some relatives were watching television in the living room, Peter suddenly felt something grab his ankle. The grabbing of the ankle, according to Khoury, paralyzed him. He felt his body go numb. Wide-awake, he saw three or four figures in the room with him. They were dressed in some sort of hooded garb. He alleges that one or more spoke to him in a telepathic manner urging him not to be afraid that “it would like last time.” Then, one of the figures inserted a long needle into the side of his head, whereupon he lapsed into unconsciousness.

(Let me just say I would have fainted long before the needle came at me.)

Upon his eventual awaking, he ran into the living room where he found his relatives still watching television. They thought that just a few minutes had passed since Peter had gone into his room to lie down, but in reality, hours had passed.

The next morning, he and his wife discovered a small puncture wound on the side of his head where he claimed someone inserted a needle into his head. The creature not only paralyzed him, but also took something from his head.

Peter Khoury had not only never heard of alien abductions, he was not looking to have one. His interests did not lie in that direction. He alleges he had had no previous contact with anyone from this field of study. It was his wife who found some information that led them to an unsatisfying association with UFO groups in his area. It was in 1992 that Khoury would have yet another bizarre experience that would catapult him to contact Bill Chalker, a renowned expert in this field.

On the morning of July 23, 1992, Khoury was suddenly awakened to the sight of two naked, very human-looking females sitting on his bed. One of the women looked Asiatic while the other looked Scandinavian. Khoury claims they looked physically perfect and very exotic. He also alleges the eyes of the women looked unnatural in that they were bigger than a human’s eyes.

The women, as you can guess it, forced themselves on Khoury. He did resist and even attempted to bite one of them. His resistance caused what Khoury describes as confusion or shock. The women promptly vanished.

Khoury then alleges that he went to the bathroom and attempted to urinate. It was at that point that he experienced tremendous pain in his penis. When he pulled back the foreskin to examine himself, he discovered a blonde hair (one of the women was blonde while the other had black hair) wrapped tightly around his penis. The area of his penis where the hairs were wound was burning intensely. He did manage to unravel them and had the presence of mind to save the two blonde hairs in a plastic bag.

These pieces of hair were actual physical evidence of an alleged alien encounter. Peter Khoury presented to Ufologist and Alien Abductee investigator, Bill Chalker, the first case of collected evidence of an alien abduction experience. DNA was recovered from the hair samples.

A polymerase chain reaction process was done on the sample yielding a good result. For comparisons, hair was taken from the Khoury household members. The results were astounding.

“The thin blond hair, which appeared to have come from a light-skinned Caucasian-type woman, could not have come from a normal human of that racial type. Instead, though human, the hair showed five distinctive DNA markers that are characteristic of a rare sub-group of the Chinese Mongoloid racial type. A detailed survey of the literature on variations in mitochondrial DNA, comprising tens of thousands of samples, showed only four other people on record with all five of the distinctive markers in the blond hair. All four were Chinese, with black hair.” and “The findings suggest that all four of the Chinese subjects share a common female ancestor with the blonde woman. But there is no easy explanation for how this could be.” – The Anomaly Physical Evidence Group

To whom did the hair belong and how and why was it around Peter Khoury’s penis? No one knows.

But, without this evidence, Khoury’s experience would be chalked up to yet another unprovable eyewitness account. 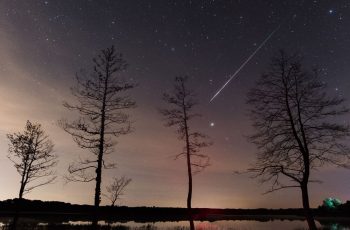 In the evening hours of a normal night in Louisville, … 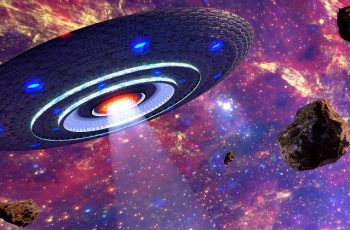