I’d heard of Bob Lazar before. As a long time listener of Coast to Coast Am and paranormal podcasts, his name had come up over the years. I’d heard some of the things he’d said, but never really heard him speak. I had, however heard many, many people condemn him as a pathological liar, a conspiracy theorist, and everything else short of Satan himself. I myself didn’t know what to think. I honestly didn’t know enough about him or his claims to form an opinion. But the more I thought about it, the more something gnawed at me. Most people don’t really give him a chance. What would I find out if I kept an open mind and did some digging? This is the first in a series of articles where I will explore Bob Lazar and his bizarre claims.

The public’s fascination with Bob Lazar all began on May 15, 1989 with KLAS-TV and George Knapp. George interviewed a man who called himself “Dennis.” “Dennis,” aka Bob Lazar, was shown in silhouette to hide his identity. He claimed to have worked for the government at a secret military base near Groom Lake and that his job was to deconstruct an extraterrestrial space ship and figure out how it worked so that the Pentagon could reconstruct it. In 1989, this was big. At the time, most people didn’t believe in UFOs or aliens. As far as they knew, the government had stopped investigation these types of claims when Project Blue Book stopped in 1969.

We almost didn’t get to see the “Dennis” interview. Bob, a self proclaimed private person, had cold feet at the last minute. He tried to wrestle the tape away from George Knapp. There was a little tug of war between Bob and George for a minute before George finally pulled the tape free of Bob’s grasp. And the rest is history.

For a time, the public wondered just who Dennis was and if his magnificent claims could be believed. Roughly seven and a half months later, Bob revealed his own identity in an interview. Let’s explore some of Bob’s claims. First of all, he claimed that he received a master’s degree at MIT and attended Cal Tech as well. No records have been found to substantiate these claims. Neither school has any record at all that he attended classes there. He claims that the government wiped out his educational records to discredit him. The government has done worse things. It is possible, but wouldn’t he at least have his own degree? Wouldn’t he have photographs showing his graduation day, or at least his degree? As of yet, he has provided nothing as proof.

Yet there is no doubt that Bob Lazar is a very smart, even brilliant man. As a teenager, he built jet engines and attached them to his bicycle. He even built a particle accelerator in his bedroom so that he could produce chemicals to run his hydrogen powered corvette, which he made himself. As an adult, he was featured in the Los Alamos Monitor, a newspaper in Nevada, for building a jet car that could go 200 miles per hour and ran on liquid propane.

When you listen to him speak, you can hear his intelligence. Obviously, he knows a lot about science and in particular, physics. Oh, and let’s not forget his current job. He is the owner of United Nuclear Scientific Equipment and Supplies. His company is one of the very few left that provide dangerous chemicals to other companies and laypeople. He routinely mixes combustibles and other hazardous chemicals.

I am a bit stuck on what to believe here. Obviously Bob is smart. Obviously he is educated, but was he educated at MIT? At Cal Tech? Remember, this was all in the early ’80s. You couldn’t just pick up a computer and learn anything off the internet. Maybe he was educated elsewhere and has not given that information. Maybe he is truly a genius and educated himself. What do you think? We’d love to hear your input. Join us next week when we look at more of Bob Lazar’s bizarre claims. 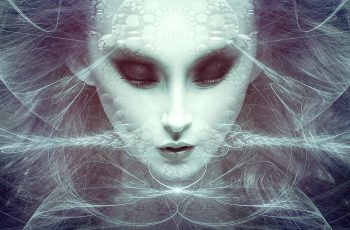 Prank shows have been a hit both online and in …