Most people have heard of Wales, but not too many of us know much about it. It is a little mountainous country in the United Kingdom, on the Island of Great Britain, and just to the West of England. It is known for its ancient beauty and its difficult language. The official language of Wales is Welsh and English, the former of which is responsible for such strange town names as Llanfairpwllgwyngyllgogerychwyrndrobwllllantysiliogogogoch. Just rolls off the tongue, doesn’t it? One of the most haunted houses in this enchanted land is called Plas Teg. It may sound strange, but I’ll take that over Llanwhat’sitsface any day. No offence to the Welsh, but that is one tough name.

The Jacobean house is located at Pontblyddyn in Flintshire, Wales and was built in about 1610 by Sir John Trevor I. It is reputed that at some point, the house was used as a court room where people were condemned and hung. During World War II, the looming mansion housed soldiers. It was sold and used for storage in 1945, and was bought by a descendant of Sir Trevor in the 1950s. It was again sold in 1977. The present day owner bought the house in 1986 and opened it up to the public. To this day, although Plas Teg is a private residence, tours of the facility are still conducted almost daily.

Recently, one man discovered something else at Plas Teg. Paul Rowland, a paranormal investigator, who has been investigation the mansion for 17 years, was conducting a routine investigation of the house, when he caught a little something extra on camera. Paul was calling out to Sir Trevor, when a woman in the group said that she felt an unfriendly presence enter the room. Paul snapped pictures, although no one saw anything out of the ordinary at the time. Later, when he was looking through the pictures, Paul discovered that he had captured the apparition of a man’s head peering out of a mirror. He believes it is Sir Trevor, since he was calling out to him when the picture was snapped. Sir Trevor is also known to be quite a crotchety soul, which aligns with the woman who felt an unfriendly presence. If the image is real, it certainly is creepy. 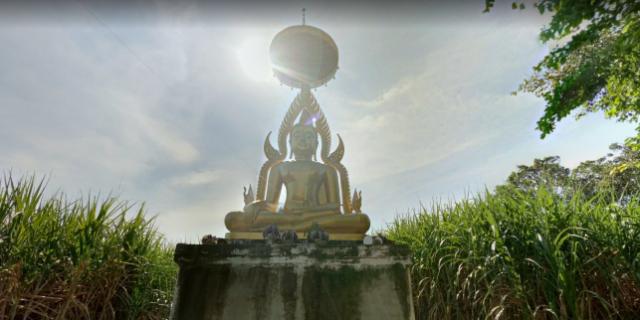 Thai Group Claims to Communicate with Aliens Through Portal

Does CG Suck? (Not Always!)