As the film Ghostbusters showed, true believers in the supernatural rarely prosper in the scientific establishment. Throughout history, scientists who entertained theories on ghosts, magic and the afterlife were discredited by their peers and condemned for tarnishing the rational foundations of the discipline. Even Isaac Newton carefully downplayed his interest in alchemy to preserve his reputation as the father of modern science.

Victorian Britain experienced the golden age of the literary ghost story – when imaginations ran wild at the very thought of the supernatural. But at the same time, there seemed no dark corner that a rational, scientific mind couldn’t illuminate. Researchers such as John Ferriar and Samuel Hibbert were keen to clear up all the talk of phantoms.

These pioneering physicians interpreted sightings of ghosts not as external entities, but as the product of glitches in the brain or “afterimages” from overstimulated optical nerves. For such theorists, the supernatural originated in the darkest recesses of the mind, with all its self delusions.

Apparitions weren’t the dead appearing to the living, but fleeting illusions thrown up by an unpredictable psyche, often provoked by ailments and poor health. As Ebenezer Scrooge said to the ghost of his late business partner Jacob Marley in Charles Dickens’ A Christmas Carol:

You may be an undigested bit of beef, a blot of mustard, a crumb of cheese, a fragment of underdone potato. There’s more of gravy than of grave about you …!

But many people enjoyed entertaining these self delusions. From its origins in upstate New York in 1848, spiritualism – the belief that spirits of the dead could communicate with the living – spread to Britain in the 1850s. One of its appeals was that it seemed to offer observable, empirical evidence of the influence of the spirit world upon our material surroundings.

During seances – meetings in which people tried to contact the deceased through a medium – spirits could supposedly cause furniture to lift and move. The eminent physicist Michael Faraday set out to clear up these strange happenings.

Debunking the bump in the night

A keen experimenter, Faraday devised the ideomotor effect to prove that the phenomena had nothing to do with ghosts. Instead, it was the product of the unconscious muscle movements of those participating in the seance.

Scientists from various fields were engaged in “the march of the intellect” – an attempt to diminish the reality of a person’s experiences with ghosts to “tricks of the mind”, or other quirks of human perception. But many Victorians weren’t satisfied. As my own research has found, ghost stories and supernatural folklore continued to circulate widely among urban and rural communities in Victorian Britain.

Even some scientists were curious. The Society for Psychical Research, established in 1882, believed nothing should be beyond the realm of scientific enquiry, including the supernatural. Led by respected scholars such as Henry and Eleanor Sidgwick and physicist William Barrett, members of the society were willing to stake their reputations on their findings.

Various subcommittees investigated hypnotism, telepathy, seances and hauntings). Their work helped expose frauds and they were careful to apply scientific controls to their investigations. But critics complained that their willingness to give credence to such ideas would have a corrupting influence that could only revive a credible belief in ghosts.

The scientific attitude is so new and unfixed a possession that it can only be preserved by careful abstention from dangerous trains of thought. Even the ablest and most scientific observers, when they have taken the first step by “inquiring”, may sink to the very bottom of the pond before they finish.

Despite the efforts of 19th century scientists, ghosts have never been convincingly drawn into the realm of scientific explanation. Even so, it’s not uncommon to find TV ghost hunters reading words in the squawks and crackles of static on high-tech recording equipment in supposedly haunted houses – the modern equivalent of moving furniture in candlelit drawing rooms. The enchanting appeal of the unknown seems certain to ensure that ghosts live on forever.

This article is republished from The Conversation under a Creative Commons license. Read the original article.

Karl Bell has previously received AHRC funding for research into British Spiritualism on the Home Front during the First World War. 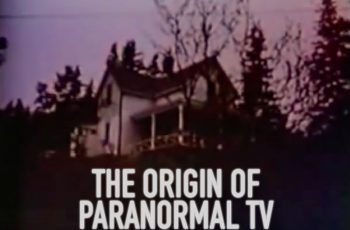 Paranormal reality show lovers, meet the granddaddy of them all. … 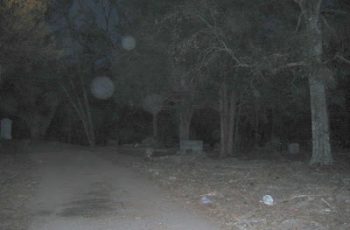