The big news is that the Chinese Yutu-2 moon rover recently discovered a strange substance in a crater on the far side of the moon. The announcement was made via the Chinese government sanctioned publication, Our Space on August 17, 2019. The news quickly went viral, piquing the curiosity of both the scientific community and layperson alike. Everyone seems to have an opinion on the subject. Some were quick to announce life on the moon. Some were quick to debunk the information immediately. Some thought it was amusing due to the recent spill of tardigrades (water bears) on the moon. Sorry for those who imagined rapidly mutating tardigrades taking over the moon, but the strange gel-like substance was not located anywhere near the crash site. The water bears haven’t taken over the moon, not yet anyway.

So what does this all mean? As with most discoveries, it depends on who you ask. First of all, we know very little about the substance. The Chinese aren’t giving away too much information. Basically, the substance was found on July 5th, just eight days into Yutu-2’s Change 4 mission. Yu Tianyi, one of the mission’s team members discovered the substance when reviewing panoramic images obtained by the main camera on the rover. As he scanned through them, he saw a crater with a strange color and luster. The crater appeared to contain a gel-like substance. Frustratingly, this is all of the information we’re privy to at this point. As of yet, no photographs of the substance have been released, although they did provide a picture of the crater. The Chinese team attempted to gather more information on the substance with its Visible and Near-Infrared Spectrometer (VNIS). The VNIS analyzes the light reflecting off of an object’s surface and attempts to determine its chemical composition. As of yet, the results have not been released.

Some scientists believe that the term gel-like may be a mistranslation and that the substance is something else that would be more routinely expected, such as glass. It is quite possible that this is true since the Chinese characters could be translated as gluey, glossy, or gum according to Jacob Richardson, a planetary volcanologist at NASA. It would be quite easy to lose the true meaning in translation. If the material does turn out to be glass, this would not be big news since the substance is quite abundant on the moon. When an asteroid or comet hits the moon with such tremendous force that there is a ferocious rise in temperature, the rock and dust can melt. Due to the cool temperatures of space, the molten rock would cool quickly, resulting in glass. The fact that the shiny substance is in a crater does add some credence to this possibility.

Others are more hopeful. In a recent studies led by Shuai Li of the University of Hawaii and Brown University, the team looked at data gained by NASA’s Moon Mineralogy Mapper (M3) instrument. What they discovered was that there was evidence of water ice at many of the coldest points on the moon. According to NASA officials, “With enough ice sitting at the surface — within the top few millimeters — water would possibly be accessible as a resource for future expeditions to explore and even stay on the moon, and potentially easier to access than the water detected beneath the moon’s surface.” So if this is evidence of water ice, it could actually change how we interact with the moon in the future.

Hopefully, the Chinese government will have mercy on us and provide more information soon. With the current tensions between China and the U.S. though, it may be some time before we know the truth. Until then, jut exactly what the strange substance is or isn’t is anybody’s guess.

Story update: We reached out to Shuai Li, the scientist leading the study on water ice on the moon. He responded, “It is impossible to be ice because it is too warm and ice can sublimate instantaneously into the high vacuum space. I only see ice exposures at permanently shaded regions where the temperature is normally less than 110 K.” So unfortunately, it cannot be water ice. So what do you think? What are your speculations about what the gel could be? 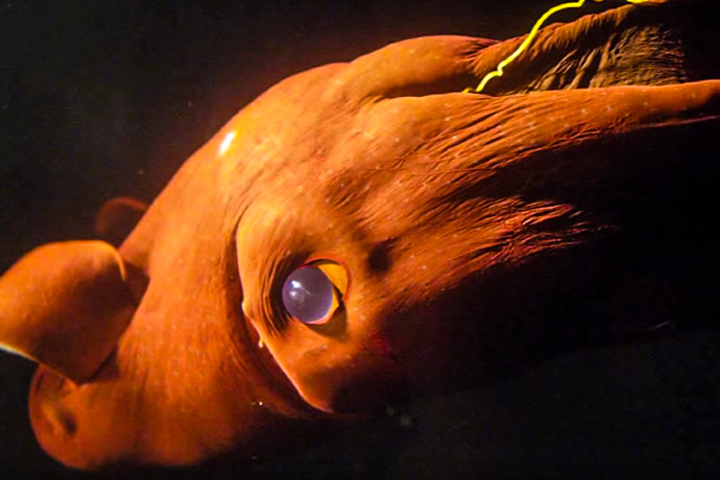 Humanity has relied on the ocean for food and trade … 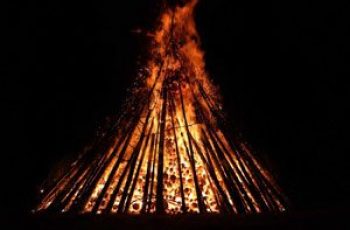 Samhain (pronounced Sow-win) is a Celtic pagan religious festival that …